Can you get double doses of steroids?

Further to my DNA on Steroids post below MyHeritage are continuing to roll out improvements to their offerings, not only for DNA but also, FINALLY, a pedigree view of their family tree which is has been a major shortcoming of the site for years.
A pedigree view for the DNA shared matches has been available for a while, but not for the overall tree.
It is being gradually rolled out so not everyone can see it as yet.

On the DNA front:
https://blog.myheritage.com/2018/03/new-improvements-in-the-one-to-many-chromosome-browser/
explains the latest improvements to the One to Many Chromosome browser, and the new indicator visible when you are looking at a match and seeing who else they also share DNA with.

This all being on top of some tweaks to the navigation on the still rather unwieldy match lists *
https://blog.myheritage.com/2018/03/new-easier-navigation-in-your-dna-match-list/
that allow you to jump to specific pages, increase the number of matches per page.

* which are able to be filtered and sorted by a useful range of criteria, eg filter for "has family tree" although this will still include those with only one person in their tree. MyHeritage developers have reported in Facebook comments that they are working on that - particularly those where a test is ordered, and the tree developed, separately, without the person realising they can go back to Manage DNA kits and reassign a kit to the person who is now both in the tree, and "floating" unconnected.
Posted by LornaHen at 12:21 No comments:

Email ThisBlogThis!Share to TwitterShare to FacebookShare to Pinterest
Labels: MyHeritage

End of an era

Oxford Ancestors is closing down.

He certainly stimulated my interest in DNA testing, and is how I began my genetic journey, back in 2003 - I think.

I use the wonderfully colourful picture of my "Tara" haplogroup regularly, although the details have long since been improved with a mtDNA full sequence test from FamilyTreeDNA, and supplemented by autosomal testing - all for a fraction of the price paid for this initial test.

Roberta Estes' blog post at DNAeXplained has a very thoughtful article about the demise of yet another DNA resource, including what you can/should do to preserve your DNA. 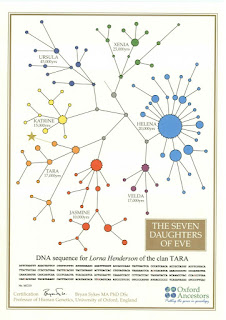 Posted by LornaHen at 21:23 No comments: 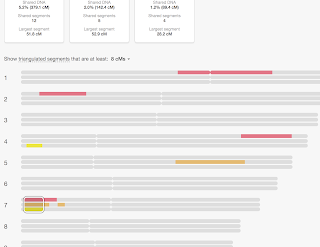 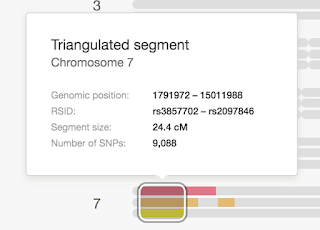